I first heard about The Salt Path through a Facebook group I belong to, the Walk 1000 Miles group. This is a group set up by Country Walking magazine, in which they challenge you to walk 1000 miles in a year. You can read more about that here

Quite a few of the members of the group were asking about books to do with walking, and The Salt Path was mentioned by quite a lot of people. So, curiosity got the better of me, and I added it to my birthday list for Nicky to treat me!

So what’s the story about? The author, Raynor Winn, and her husband Moth, set out on an epic journey to walk the South West Coast Path, from Minehead in Somerset to Poole in Dorset, travelling west first of all through Somerset, Dorset, Devon and Cornwall, before following the coast all the way round again. A total of 630 miles!

Whilst this is an amazing challenge in itself, it’s the reasoning for taking up that challenge that really hit a nerve.

The book starts by setting the story. The couple, in their 50’s and with grown up children at university and abroad, live on a farm in Wales, also letting out rooms to bring in extra income. They had made an investment in a company that was setup by one of Moth’s long-standing friends. The company went bust, with large debts, and despite the long friendship they were being chased to pay some of those debts on behalf of the company.

Not having much spare money left, Raynor chose to defend the court case by the friend herself. This may not have been the best course of action, as when she finally found what she felt was the documentation that would help them win the case, it was thrown out by the judge for being filed too late.

And so they found that they were going to lose their home, their livelihood, to help pay for the losses of the company. How would they survive? Where would they go? What would they do?

As often happens when you are at a low point, life comes along and kicks you in the teeth. Just days later, halfway through a 7 day period in which to clear up their belongings, a doctor gives Moth news about the shoulder pain he has been experiencing for several years.

Moth is diagnosed as having corticobasal degeneration, or CBD for short. What is corticobasal degeneration? It is a rare degenerative condition that affects memory, speech, movement and swallowing. It can include memory loss, shaking, a worsening in use of one arm, and difficulties with speech. Moth is advised that symptoms last between 6-8 years, slowly getting worse, before death. But he has been experiencing issues for 6 years already…

As the bailiffs are knocking at the door, ready to take ownership of the farm, and with Raynor and Moth hiding in a cupboard, a chance remark about walking the South West Coast Path was made.

When it became apparent that they had no means of affording even a campsite’s weekly charges, let alone renting a house, the couple decided to embark on this epic journey, wild camping in the countryside as they travelled.

After a couple of weeks staying with relatives and friends whilst they stored what little was left of their possessions, and working out how little they could take on their journey, they got a lift to Minehead and started their future life together.

Raynor writes on about their travels, describing the countryside, the sea, and nature itself. Obviously not everything is easy – it’s not like going for a walk from your home for a few hours – in fact, pretty much every aspect of the walk is hard work and challenging.

And just how is a man who has been given the news that he could die soon, and told to rest, not walk too much, no heavy exercise, going to cope with carrying a heavy rucksack for a 630 mile journey on foot?

Raynor discusses each part of the journey, the challenges they come across, the people they meet and their reactions when they hear their story. Without giving the story away, it’s an interesting read, although at times it does sound quite samey.

But overall, if you are a fan of walking, a fan of the West Country, or indeed someone who can relate to a challenge thrown at you, then this book comes highly recommended.

The book was aSunday Times bestseller and was shortlisted for both the 2018 Costa Biography Award and The Wainwright Prize. With over 650 reviews on Amazon it really is a best seller. 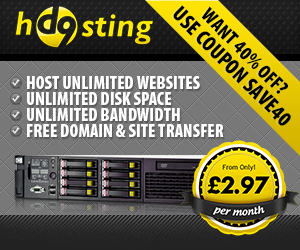